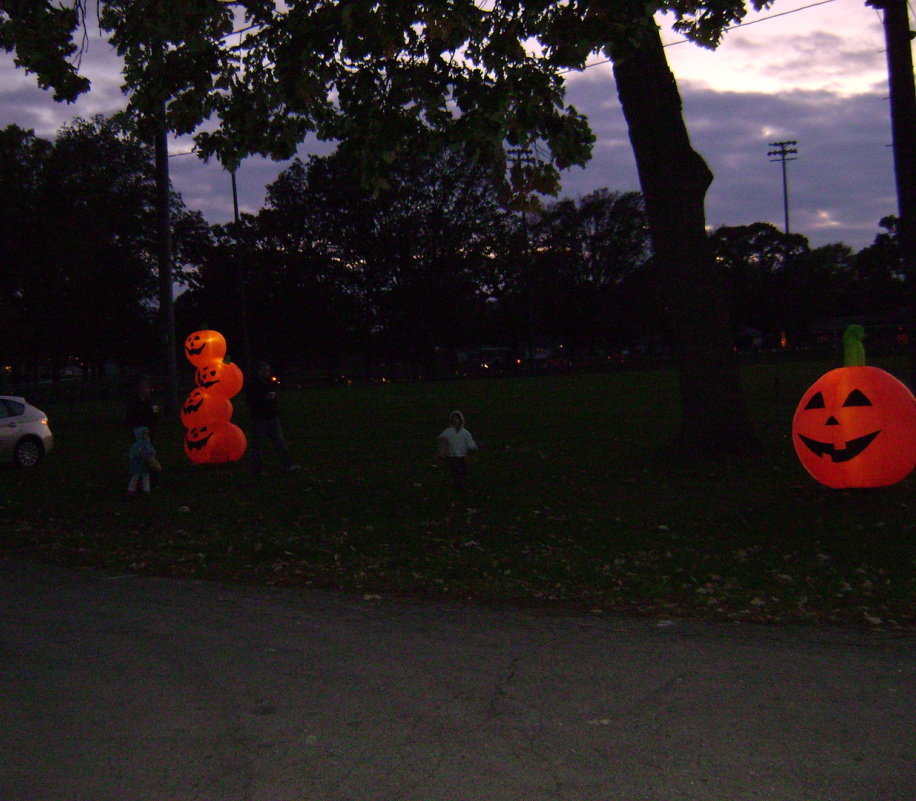 The 18th annual Jack-O-Lantern Jaunt and Halloween Haunt has been CANCELED.

The 2020 Jack O Lantern Jaunt has been Canceled.

The information below is still relevant, however!

In 2003, the Red Brick Museum was in need of a new roof. Joline Palatino came up with the the idea of placing lit Jack-O-Lanterns in Field Park in Mukwonago. So with the help of her sister, Linda Forster, husbands and children, the Jack-O-Lantern Jaunt was born. Stands were made for the pumpkins to sit on and a couple of blow-ups were purchased. With the help of the Mukwonago High School PTG selling items for their own fund raising, and a very wet Friday evening, The Jack-O-Lantern Jaunt had its humble beginnings. Since that time, the Girl Scouts have taken over baked items and drinks. Scott's Dog House has come on board with hot dogs and brats.

Since the beginning, thousands of dollars have been donated to various needs in the Mukwonago area. Donations from local businesses have kept our costs low, along with local farmers loaning straw bales for our use as Jack-O-Lantern displays.

Since its inception, the Jaunt has kept its admission prices low as to encourage large families to attend. Even with these low prices, the Jaunt has donated thousands of dollars to local causes.